Where we’ve come from

Alternative Futures was founded by Matthew Clarke on the 22nd January 1992. It then went on to gain its charitable status in February of that year.

Matthew was born in 1947 and brought up in Mossley Hill, a few yards from where he was born. After attending Dovedale Road Primary School then Quarry Bank Senior School, he trained as a teacher. He soon realised he was in the wrong profession when he was told he seemed to be more interested in the welfare of the children rather than their education. Matthew then retrained as a social worker at Liverpool Polytechnic in the early 70’s because he really wanted to make a difference to people’s lives.

After graduating, he first worked in childcare, mainly in North Liverpool and Knowsley, eventually specialising in child psychiatry. For three years he worked in the Forensic Psychiatry Unit at Rainhill Hospital, gaining an understanding of the value of encouragement and support when dealing with disturbed patients.

Towards the end of the 1970’s, he was appointed Principal Social Worker at Rainhill and became involved with the major challenge of implementing 1983’s ‘Care in the Community’ Directive. This signalled a movement away from the isolation of the mentally ill in old Victorian asylums without dignity or hope towards their integration into the community.

As the Care in the Community Co-ordinator, he was instrumental in moving patients out of Rainhill Hospital and into the community. A radical project at the time and a policy strenuously opposed, not only by many professionals but also by many members of the general public.

He founded the charity Alternative Futures in 1992 with the support of Liverpool Health and Social Services, with a specific remit to provide services in community settings for people with complex needs.

Matthew demonstrated it was possible to provide a community based setting for those with complex learning disabilities and enduring mental health needs in the voluntary sector. At Alternative Futures, he employed people who were known and trusted by vulnerable people and could ensure patient needs were met. His guiding principles were:

The common thread throughout his working life was his mission to improve people’s lives and to make a difference particularly for marginalised people with complex mental health problems and learning difficulties.

Through exceptional leadership and vision, Matthew was a successful pioneer in what had been a controversial area requiring him to take on vested interests and persuade the doubters through the quality of his arguments.

Matthew held the position as Chief Executive Officer up until his retirement in 2006. He was then awarded an honorary fellowship of Liverpool John Moores University in 2007.

Since then, encouragement and hope have been given to countless people and their families in Liverpool and the North West of England thanks to Alternative Futures Group.

Following Matthew’s retirement in 2006, Neil Campbell was appointed as the CEO of Alternative Futures Group (AFG). Neil was incredibly passionate and proud about the life-changing care and support that AFG provides to its beneficiaries.   He spent his entire career, starting as a nurse, dedicated to helping others.  Neil sadly passed away in September 2018 after 12 years as CEO at AFG. 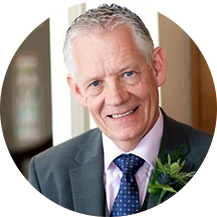 In late 2018, Ian Pritchard was appointed to the role of Chief Executive Officer. Ian has continued to build on the incredible work already achieved at AFG and is passionate about what the future holds. 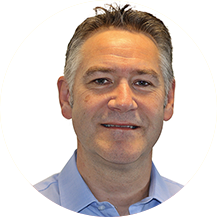